The Pittsburgh Metro gained 7,300 jobs (seasonally Adjusted) in April; the highest month to month gain since 2001. At the same time, the unemployment rate increased from 8.4 to 8.5% as more job seekers entered/re-entered the job market in the improving economy. 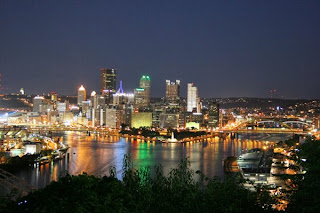 Within the Pittsburgh MSA (metro survey area), five of the counties’ unemployment rates decreased, but the two that increased were enough to make the overall rate edge up. Unemployment rates in the MSA ranged from 7.8 percent in Butler County to 10.2 percent in Fayette County.
Goods producers in the Pittsburgh MSA totaled 143,000 jobs in April, up 5,800 from March. This was the second largest monthly increase for goods-producing industries on record, eclipsed only by a gain of 6,300 in April 1998. All three goods-producing supersectors increased, but the majority of jobs were added in construction due to warmer weather.
Month to month strength was seen across the board, but in particular, in construction, hospitality and business services. A major job index has named Pittsburgh one of the top five stable markets in the country based on the diversity of job makeup that is not relying on only one or two industries to supply a large portion of the metro’s jobs. For more details click here: http://bit.ly/b2l1G2