The Employment Guide®, Pittsburgh Edition has added two more partnerships to its 2008 series of job fairs to be held at the Mellon Arena. Along with the Urban League of Greater Pittsburgh, who is entering into the fourth year of a partnership begun in 2005, The Employment Guide will also partner with the AARP Foundation and the Allegheny County Dept. of Veteran’s Affairs.

The first of these events will be held on Tuesday, April 1st from 10:30 until 3:00PM. We expect 30 to 40 local employers to be on hand. These job fairs are targeted to the hourly, entry level to mid-level skilled positions like Customer Service, Banking/Finance, Retail, Hospitality, Sales, Healthcare and Allied Healthcare, Social Services, the Building Trades and more.

We will update more on these events as we draw closer.
at 11:40 AM No comments:

With the past, current and projected future growth of the Cranberry Township area north of Pittsburgh, Dick’s Sporting Goods, with corporate headquarters only a half-hour drive away and over 250 stores nationwide, has agreed to pay $2.2 million dollars over the next 10 years for the naming rights to a new 150 acre outdoor sports complex located in Cranberry adjacent to the Pennsylvania Turnpike (I-76). The complex will include 3 full size football fields, 5 baseball fields and additional fields for soccer and lacrosse.

Westinghouse announced last year it will build a new corporate headquarters in Cranberry, bringing over 3,000 jobs with it. This is in addition to Cranberry already being one of the fastest growing areas in the state of Pennsylvania due to it’s location at the intersection of I-76, I-79, state Routes 19 and 228 and 20 minute access to downtown Pittsburgh.

If a multi-million dollar traffic improvement program can be approved in the next year or two, Simon Properties, owner of three major malls in the Pittsburgh area, is planning an additional 900,000 square foot retail and office complex almost directly across the road from Westinghouse, bringing a projected 1,000 to 1,500 additional jobs to the area.

As reported in the Pittsburgh Tribune-Review: Dick's Sporting Goods Inc., based in Findlay, reached an agreement with Cranberry officials to pay $2.2 million over the next 10 years for the naming rights to the proposed Graham Park along Rochester Road, Cranberry supervisor John Skorupan said Tuesday. "It's a great initiative," Skorupan said, adding that the township is growing so fast that it needs the new park. The township hopes to begin building the park this spring and have the three football fields ready for the fall season, with baseball and soccer fields available in the spring of 2009. The Cranberry board of supervisors has scheduled a special meeting Thursday to approve the agreement, Skorupan said.

Now the difficult part is deciding on the name…Field of Ah, Er…
at 11:09 AM No comments: 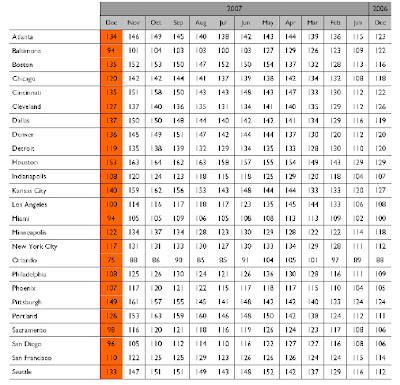 After a Decade of Bad News Regarding Pittsburgh Area Manufacturing Jobs, Medrad, Inc. Offers Up 500 New Jobs over the Next Five Years

At the ribbon cutting ceremony for Medrad’s new manufacturing facility located on the former site of a U.S. Steel sintering plant in Victory Road Business Park, a state Keystone Opportunity Zone, which grants job-creating companies lower business taxes, located in Clinton Township, Butler County, Pennsylvania, Governor Ed Rendell Said “Medrad will create at least 500 jobs at its new $44.7 million, 120,000-square-foot plant, The plant's 20-acre site is in the Victory Road Business Park which will produce disposable syringes and specialty tubing used in medical imaging procedures. This is an exciting day and an important win for the commonwealth. The company conducted a worldwide search for a location for this plant and the 500 skilled manufacturing jobs it will generate. By choosing Pennsylvania, MEDRAD is sending an important message about the strength of our economy and the quality of our workforce”.

Medrad President and CEO John Friel said “The Saxonburg facility went from groundbreaking to start-up in just 10 months and is critical to meeting the demand for imaging procedures that enable earlier, more accurate, diagnosis and improved treatment. It provides us with needed additional plant capacity in the short term and its phased growth design gives us the capacity to add production lines in the future".

MEDRAD is an affiliate of
Bayer AG. 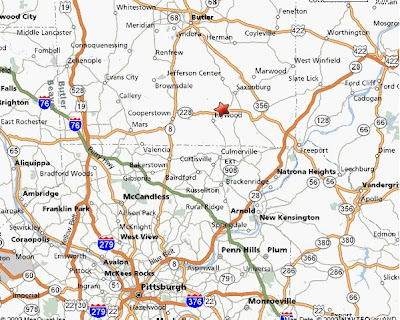 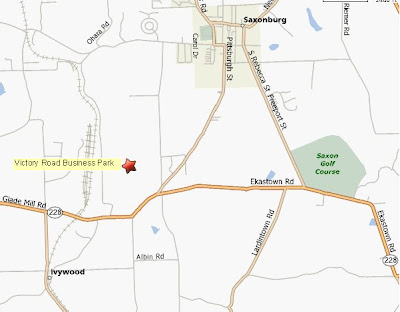 Pittsburgh’s November Jobless Rate Down to 4.2%

According to the Pennsylvania State Department of Labor and Industry the 7 county Pittsburgh Metro Area created a seasonally adjusted 1,100 new jobs in November. However, over 5,000 fewer people were looking for them, as the unemployment rate dropped from 4.6% to 4.2% which was down from 4.7% one year ago. Over the past year the Pittsburgh Metro job count has increased by 3,000 which translates into a .25% (that’s a ¼ of a point) increase year over year.

Strength in the Pittsburgh area came from the service sector including retail, education and health services, although hospitality saw another overall decrease. The drop in the number of people looking for employment was unexplained in the latest report. Historically it has meant fewer people thought a job search would pay off and partially due to a continued outflow of people living in the metro.

Out of the seven counties included in these figures, Allegheny and Butler counties each came in with the best individual rates seasonally adjusted at 3.9% for Butler and 4.0% for Allegheny. Other individual rates include Fayette County at 5.4% (down a full 1.1% from a year ago), Armstrong County at 4.4% (down from 5.4% 1 year ago), Beaver County at 4.4% with Washington and Westmorland Counties both coming in at 4.3%.

With housing prices remaining relatively stable in our area along with billions of dollars in new construction projects slated for 2008 and beyond, this upcoming year should still be one of continued overall job growth although it remains to be seen whether the pace of growth can pick up from an anemic ¼% over this past year.
at 9:18 AM No comments: