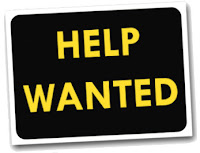 PITTSBURGH, Pa., April 13, 2011 – Goodwill of Southwestern Pennsylvania will dedicate its new Workforce Development Center (WDC) in Lawrenceville on Wednesday, April 20, during a community open house at the facility located at 118 52nd Street. The public is invited to tour the WDC between 10 a.m. and 2 p.m. and to attend the dedication ceremony at 11 a.m.
Goodwill moved virtually all of its employment, training, education, recycling, and social services programs to the new building in December. Over 200 people work at thetwo-floor WDC, including program managers, teachers, instructors and job coaches. They serve hundreds of Goodwill clients who visit the facility on weekdays to attend classes and participate in various training and employment programs.
“We invite our new Lawrenceville neighbors and everyone else to come and see why Goodwill is so much more than thrift stores,” said Michael J. Smith, Goodwill President/ CEO. “Goodwill staff will be on hand at nearly 20 stations throughout the building to explain our many services and programs, including employment training, job search assistance, adult education classes, computer recycling, our Good-to-Go Café, and many more.”
Goodwill officials and community representatives will participate in the dedication ceremony and officially name the WDC as the Robert S. Foltz Building in honor of the long-time President of Goodwill Pittsburgh who retired in 2002.  Goodwill’s former headquarters building on the South Side also was named for Mr. Foltz.
Participating in the ceremony will be James C. Roddey, Honorary Co-Chairman of the Goodwill Renews! Capital Campaign; State Senator Jim Ferlo; State Representative Adam Ravenstahl; Gary R. Claus, Immediate Past Chairman of the Goodwill Board of Directors; and Mr. Smith.
As part of the re-dedication ceremony, James D. Scalo, President of Burns & Scalo Real Estate Services, Inc., will award the Goodwill WDC as the first-ever Class-G®certified project. Burns & Scalo, which constructed the WDC, founded the Class-G® program and have since spun-off this certification program into a stand-alone organization (Class-G.org).  The WDC plaque presentation marks the official national launch of this new green building certification, which recognizes property owners and their occupants for their “green” and sustainable practices.
Mr. Scalo said the Goodwill WDC earned the Class-G® designation because of its re-use and upgrading of an existing building, formerly a warehouse; its innovative water-use and lighting features; several ADA-compliant design features that exceed code requirements; and its contribution to revitalizing the historic Lawrenceville neighborhood.
Reservations are not required to attend the open house. The Goodwill WDC is located between Butler Street and the Allegheny River at 118 52nd Street.
at 2:52 PM No comments:

HARRISBURG (APRIL 5) – In February, the seasonally adjusted unemployment rate in the seven-county Pittsburgh Metropolitan Statistical Area (MSA) was down two-tenths of a percentage point to 7.0 percent.

Service-providing jobs rose 3,400 in February to 976,000. Trade, transportation and utilities showed a decline of 2,900 jobs with retail trade down 2,400 as stores continued to eliminate seasonal retail jobs. Education and health services rose 2,300 in February as educational institutions returned from semester break. Similarly, state and local government also showed education-related increases, up 2,000, and 1,400 respectively.