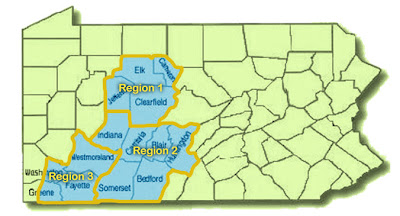 The J.A.T.C. of Local Union #354 announces the final opportunity to apply for


an opening in the Apprenticeship Class, starting June 1, 2013. The final dates


You must live in the following Counties: Westmoreland, Fayette,


portions of Washington and Greene counties,


You must live in the following Counties: Bedford, Blair, Cambria,


Huntingdon, Indiana and Somerset, and


You must live in the following Counties: Cameron, Clearfield, Elk and


Applications will not be considered complete and accepted unless the following


• A high school transcript of grades (not diploma) or GEO test results.


• Must be at least 18 years of age at time of filing application.


• Must be physically capable of performing work of outside construction


• Must be willing to work for various contractors.


• Must attend related instruction classes a minimum of two evenings per


week for a minimum of five years and be available for employment.

By Bill Toland / Pittsburgh Post-Gazette
While the raw news may not be good -- the unemployment rate in the seven-county Pittsburgh region rose to 7.3 percent in December -- the region hit a positive benchmark of sorts last month:

Five years and counting with an unemployment rate lower than both the state and the national jobless number.
The seasonally adjusted unemployment rate, issued Monday by the state Department of Labor and Industry, increased for the first time since September.

In October and November, the regional rate dropped from 7.4 percent to 7.2 percent. For the year, January through December, the region's unemployment rate crept from 7.0 to 7.3 percent.

Pennsylvania's seasonally adjusted rate in December 2012 rose one-tenth of one percentage point to 7.9 percent, and the national rate was unchanged at 7.8 percent.

Even as the region's rate inched up, the Pittsburgh metropolitan statistical area added an estimated 800 jobs, to a record of nearly 1.17 million. Year-over-year, according to the Department of Labor and Industry, the non-farm total grew by 7,200 jobs.
That means that the region's increasing unemployment rate is not the result of fewer jobs, but a larger labor force.
at 6:37 AM No comments:

Greensburg, PA—January 15, 2013 The Westmoreland Conservation District announces the launch of Troops to Tractors. They are seeking military veterans who wish to transition to a second career in agriculture. 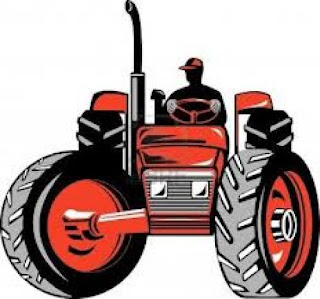 Westmoreland Conservation District’s Troops to Tractors seeks honorably discharged veterans to connect them with successful farms and agribusinesses in southwestern PA. Veterans seeking on-the-farm employment, apprenticeships, or internships can get connected to resources to locate farms or agricultural operations that welcome the skills and dedication that veterans bring to the work environment.
Did you grow up on a farm and long to return to the rural way of life? Or, are you seeking a second career where you can use your skills and working outside in a fulfilling and challenging environment?
If so, this program is for you. Troops to Tractors is accepting inquiries from veterans with or without farming experience who have a genuine interest in the original “green job.”


If you are a 20% or more disabled veteran or have GI Bill benefits, you may be able to access stipend programs in connection with your transition into farming. For those already on the road to farm ownership, Troops to Tractors staff can point you in the right direction for educational and financial resources.
Said Jim Wolfe of the PA Department of Education, Division of Veterans & Military Education, about Troops to Tractors, “If a veteran called last week and told me he wanted to be a farmer, I would have been at a loss as to how to help…now I know where to send him.”
Westmoreland County, PA, 45 minutes east of Pittsburgh, is home to many acres of breathtaking farmland. If owning and working an agricultural operation is in your future once you leave active duty, the Troops to Tractors program can also connect you to resources connecting farmers seeking buyers so that farmland can stay productive.
For more information, please contact Mimi at 724-837-5271, ext. 211 or via email at mimi@wcdpa.com
at 7:22 PM No comments:

Email ThisBlogThis!Share to TwitterShare to FacebookShare to Pinterest
Labels: Veterans

By Ann Belser / Pittsburgh Post-Gazette
The unemployment rate in Pennsylvania rose above the national rate in December, according to figures released Friday by the Bureau of Labor Statistics.
Pennsylvania's unemployment rate was 7.9 percent, slightly above the state's November unemployment rate of 7.8 percent and the national unemployment rate of 7.8 percent for December.
The unemployment rate in the state is higher than it was in December 2011, when the seasonally adjusted rate was 7.7 percent and unemployment was waning from its post-recessionary high of 8.7 percent. The state unemployment rate ultimately fell to 7.4 percent in March and April 2011, but has risen since then and has been hovering around 8 percent.
In April 2007, well before the Great Recession started in December of that year, unemployment in Pennsylvania was 4.2 percent.
The unemployment rate did not hit 5 percent until April 2008.
Comparing December 2007, when the Great Recession began, to December 2012, three and a half years after the official end of the recession, shows that while the state's civilian labor force grew by 179,000, the number of people who were working was still down by 46,000.
In December, the state also lost nonfarm jobs. A blunt count of jobs, without the smoothing of spikes that is done with seasonal adjustment, found that employers cut 24,800 jobs from November to December. Seasonal adjustment of those numbers, however, provided by the Pennsylvania Department of Labor and Industry Friday, brought it down to 4,800 jobs lost.
Goods-producing industries added jobs overall with 700 new jobs in mining and logging and 4,400 construction jobs. Mining and logging jobs were up by 3,300 from December 2011, but construction was down from the previous year by 7,700 jobs. Manufacturing, which was up by 5,500 over December 2011, lost 1,100 jobs from November to December 2012.
In the service-providing sector, the state lost 8,800 jobs during the month, but was up by 37,600 jobs from the same time in 2011.
Trade transportation and utilities lost 5,500 jobs from November to December; leisure and hospitality cut 5,100 jobs from month to month; and financial activities lost 1,800 jobs during that time. Those three sectors all increased jobs in a year-over-year comparison by 9,100, 15,000 and 3,800, respectively.
Education and health services, however, which added 3,700 jobs in December from November, was down by 1,800 jobs compared to December 2011.
Government added 1,500 jobs during the month, but was down by 200 jobs in a year-over-year comparison.
at 1:29 PM No comments:

By Ann Belser / Pittsburgh Post-Gazette
Unemployment in the seven-county Pittsburgh region declined one-tenth of a percentage point to 7.2 percent in November, the state Department of Labor and Industry announced Thursday.The area covered by the report -- Allegheny, Armstrong, Beaver, Butler, Fayette, Washington and Westmoreland counties -- had a combined seasonally-adjusted unemployment rate that was lower than the state's rate of 7.8 percent or the national rate of 7.7 percent in November.
The unemployment rate, which is based on a survey of households, showed the regional labor force grew by 1,000, with 2,900 more people reporting they had jobs in November than in October even as 2,000 fewer reported being unemployed. Those numbers should add up, but were slightly askew due to rounding.
A second survey, which polls employers, showed the region gained a total of 4,500 jobs, including 1,000 in the government sector that had seen big losses in previous months. The numbers are not seasonally adjusted.
In the public sector, the federal government cut 200 jobs during the month while the state government added 500, bringing that sector even with its employment levels of November 2011.

PG graphic: Regional jobless rate 7.2%
(Click image for larger version)
Local municipalities cut 100 jobs in November, but the public schools added 800 jobs in November. Since last year, there are 2,300 fewer positions in local municipalities with 800 fewer jobs in the public schools.
Retail trade added 4,700 jobs in November as part of the seasonal employment boost caused by the run up to the holidays. That was 700 more jobs than the same time last year.
Financial services also added jobs, 1,000 over the month and 4,000 since November 2011.
Education and health services added 1,600 during November but the sector was down 800 jobs from November 2011. The loss can be explained in part by cuts to social service agencies, which eliminated 100 jobs during November and a total of 1,200 jobs since November 2011.
In addition, colleges and universities have cut 900 jobs since last November, though they did add 300 jobs during November 2012. Hospitals added 100 jobs during the month and 400 over the prior 12 months. Physicians offices also added 100 jobs in November and 500 from a year ago.
While the service sector added 5,100 jobs, goods producers were cutting back. Construction companies cut 400 jobs in November and are down by 2,200 from last year. Manufacturing cut 300 jobs, with 400 jobs lost in durable goods but 100 jobs added in non-durable goods in November. Overall the manufacturing sector is up by 900 jobs from last year.
Leisure and hospitality employers cut 3,700 jobs during the month, with 1,300 jobs lost at bars and restaurants. Overall the sector is still up from the same month last year with 3,300 more jobs.
at 6:43 AM No comments:


WASHINGTON (MarketWatch) — The nation’s labor market showed some signs of improvement in July as job growth came in above market expectations, U.S. government data showed on Friday.
Employment outside the farm sector grew by 163,000 workers in the month, the Labor Department said. This is the fastest pace of job growth since February. 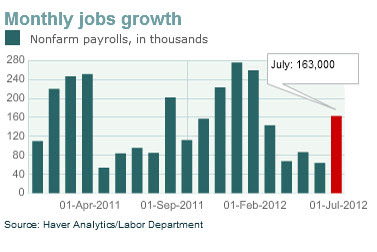 Wall Street had expected a fairly moderate 100,000 increase in nonfarm payrolls for the month, according to a MarketWatch survey. See MarketWatch’s comprehensive economic calendar.
Wall Street greeted warmly the size of the monthly increase, with U.S. stock futures /quotes/zigman/8750836DJU2+1.78% rising after the report was released.
The gain in July was concentrated in the service sector. Factory employment also increased. Read full government report.
Government employment slipped. Private-sector payrolls rose by 172,000 in the month.

By Thomas Olson Pittsburgh Tribune Review
The Pittsburgh region reached near-record employment in June, but its unemployment rate increased to 7.1 percent anyway, the state said in a report issued Tuesday.

The seven-county jobless rate was 0.3 of a percentage point higher than May’s rate of 6.8 percent — the largest increase since February 2010, according to the state Center for Workforce Information & Analysis, based on a monthly survey of residents.
At the same time, employers in the region added 12,600 jobs in June, and 15,400 since June 2011. That brought the Pittsburgh region’s job count to 1,160,800, the highest level since February 2001, when it was a record 1,163,300, said the agency, citing a survey of employers.
“Employment went up, but the labor force went up even faster,” said Matthew Marlin, an economics professor at Duquesne University. The labor force, composed of those working or looking for work, jumped by 9,000 since May, and by 24,200 since June 2011.
“The report tells me more people are optimistic and went out to look for a job,” Marlin said. “A number of discouraged workers apparently became encouraged workers.”
The region had 89,200 unemployed residents last month, which was 4,600 more than in May.