Pittsburgh MSA Unemployment Rate Ticks Up To 7.4% In July

Goods-producing jobs in the Pittsburgh MSA fell by 100 in July to 152,900. July’s goods-producing decline followed four consecutive months of increases of at least 3,000. Construction continued to show growth (+600), and has now shown positive movements for five consecutive months. Manufacturing accounted for the only goods-producing decline, ending a four-month positive trend. Over the year, goods producers have added 3,800 jobs, with manufacturing (+1,500), mining & logging (+1,200), and construction (+1,100) all showing increases beyond previous year’s levels.

Service-providing jobs fell 10,900 in July, returning below the one million job mark. Government provided the steepest decline in July, carried by a seasonal job loss in public schools. The local government decline of 11,900 was slightly larger than the previous five-year average decline of 10,300. Trade, transportation, and utilities experienced the second largest over-the-month job decline, down 1,800. This decline was associated with school bus transportation, and was relatively minor compared to the previous five-year average decline. Professional & business services provided the largest July increase, adding 1,700 jobs and matching the supersector record level of 163,200 set in July of 2008. Leisure & hospitality added 600 jobs in July, establishing a new all-time high level of 116,200.

Over the year, five out of the eight service providing supersectors have shown growth. Trade, transportation, & utilities (+4,800), professional & business services (+3,300), and education & health services (+3,000) have provided the greatest over-the-year increases. Conversely, government (-2,700), information (-300), and other services (-100) have experienced declines from the previous year’s levels.

As the nation’s largest Internet service provider, Comcast is spearheading an ambitious and comprehensive broadband adoption experiment called Internet Essentials.
The goal of Internet Essentials is to help close the digital divide and ensure more Americans benefit from all that the Internet as to offer. It is available to families with children who receive a free school lunch as part of their enrollment in the National School Lunch Program in more than 4,000 school districts in 39 states plus the District of Columbia.


• No price increases, no activation fees, or equipment rental fees;


• A voucher redeemable to purchase a low-cost computer ($149.99 + tax) given at initial enrollment;

Essentials will become available during the 2011-2012 “Back to School” season. A household is eligible to participate in Internet Essentials if it meets all of the following criteria:


• Has at least one child who receives a free school lunch as part of his/her enrollment in the National School Lunch Program;


• Has not subscribed to Comcast Internet service within the last 90 days;


• Does not have an overdue Comcast bill or unreturned equipment.


Comcast will accept new program participants through the end of the 2013-2014 school year.

The Monster Employment Index, which measures the number of job postings across a broad spectrum of job boards and compares that number to a base year of 2003, reached a record level for Pittsburgh at 169 for July.

Nationwide the Labor Department reported that 117,000 jobs were created in July with the prior two months estimates increased by a combined 54,000 jobs.

For a complete breakdown of both the local and national employment  indexes please click here.
at 2:24 PM No comments:

U.S. added 117,000 jobs in July. Not huge but FAR better than many feared! Previous 2 months revised higher as well!

WASHINGTON (MarketWatch) — The U.S. added 117,000 jobs in July and the unemployment rate fell slightly to 9.1%, the government said Friday, in a better-than-expected report that appeared to temporarily calm jittery financial markets. 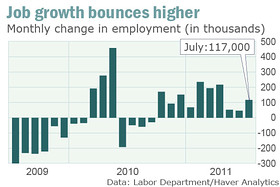 The report will reduce fears that the U.S. is heading toward recession,” said Paul Dales, senior U.S. economist at Capital Economics.
Yet while employers hired more workers than economists expected, the gain wasn’t big enough to put a dent in disappointing labor-market trends.

The jobless rate has stayed above 8% for 30 straight months, the longest stretch of high unemployment since the Great Depression in the 1930s. What’s more, the drop in the unemployment rate in July stemmed mainly from a decline in the labor force as discouraged job seekers stopped looking for work.

During times of rapid growth, the U.S. typically adds at least 200,000 jobs a month, but much larger increases would be required for months on end to yank the unemployment rate back down to pre-recession levels.

Pittsburgh Unemployment Rate Rises in June. How That Can Be A Positive! 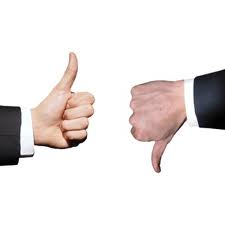 Goods-producing jobs in the Pittsburgh MSA rose by 4,600 in June to 153,200For the fourth consecutive month, all three goods-producing supersectors showed over-the-month increases. Construction continued to show seasonal growth, up 3,200, while manufacturing added 1,200 jobs and mining & logging was up 200. Over the year, goods producers have added 5,800 jobs, with manufacturing (+2,700), construction (+1,700), and mining & logging (+1,400) all showing increases beyond previous year’s levels

Service-providing jobs rose 10,900 in June, pushing the job level past one million for the first time ever. Leisure & hospitality continued to see seasonal growth (up 3,500), carried by gains in accommodations & food services. Professional & business services showed the second largest supersector growth, up 1,700 over the month. Within education & health services, a large gain in health care & social assistance was countered by a seasonal decline in educational services. Over the year, trade, transportation, & utilities, education & health services, and professional & business services have shown the largest increases. Supersectors showing over-the-year declines were government, other services, and information. 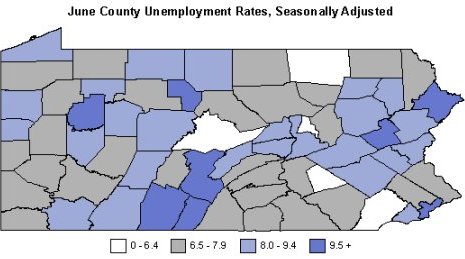