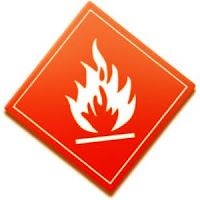 The Monster Employment Index was released today for March and again Pittsburgh’s online recruitment activity continues one of the largest growth rates in the country, reflecting the broad-based need for workers across most job categories. Up 4% in March over February, the Index also shows a healthy increase of 9.2% over March of 2007 while nationally numbers are down 10% from 2007.

During March, online recruitment activity rose in 10 of the 28 U.S. metro areas
monitored by the Index, with Portland showing the largest increase, fueled by higher demand for healthcare and public service professionals. Seattle was the second strongest market on the month, followed by Pittsburgh, Detroit and Cleveland. Meanwhile, Boston and San Francisco registered the sharpest declines, reflecting lower online recruitment activity for white-collar occupations.

On an annual basis, six of the 28 markets are now showing greater online job availability compared to a year ago, with Pittsburgh ranking as the top growth market year-over year for the second consecutive month. Houston and Dallas remained among the top five amid continued high demand for healthcare, military and management occupations. In contrast, Los Angeles has registered the steepest drop over the past 12 months, burdened by fewer opportunities in construction.”
at 12:47 PM